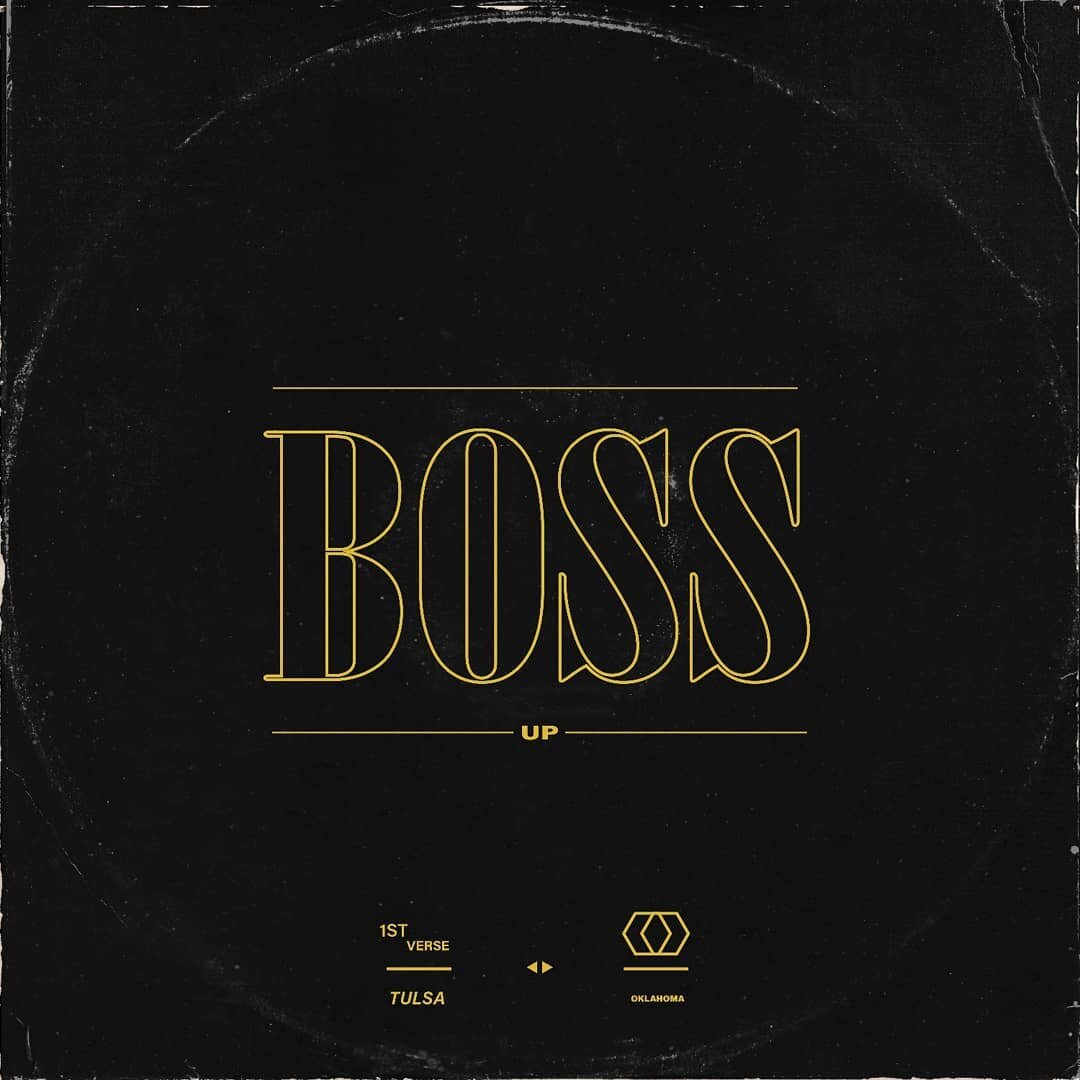 Since his start in the rap game Jay-Z has always been known as a boss. When no label wanted to give him a deal he boss’d up and made Roc-a-fella. When everyone was just drinking liquor, he was worried about having his ownership in it. There are many more examples of this that have made Jay-Z the boss of bosses in hip-hop. He raps about the meaning of being one in his song featuring Beyoncé called “Boss” where he spits the line, “Everybody’s bosses ’til it’s time to pay for the office, Til them invoices separate the men, from the boys”. With all this being said, in order to follow in Jay-Z’s shoes you have to boss up. This is exactly what the artist 1st Verse is doing with his latest single “Boss Up”.

1st Verse is an artist native to Tulsa, Oklahoma, he is known for being a hip-hop purists with his flow deeply rooted in the core elements of the culture. On records he has grabbed the attention of hip-hop legends as Big Daddy Kane well as his peers. His debut album TCTAS is a classic that is critically acclaimed as an artifact in history of the times. With 1st Verse gearing up to release his follow-up album “VSXO” the pressure to deliver another album couldn’t be greater. But that’s one thing that 1st Verse has never ran from.

Boss Up comes off the heels of his single “Moor Flex” that was released earlier this year, the major difference in this track is that 1st Verse is rapping like he has something to prove. Trap drums and a trippy organ piano produce a sound that is more or less uncharted territory for 1st Verse, as his comfort zone has been seen as the old-school boom-bap production style. But “Boss Up” is the challenge that was presented to 1st Verse by producer Chasing Ryan. The way he executes on the beat is nothing short of flawless execution.

In the words of Dave Chappelle “He can fly. He believes in himself.” Not only that, he makes a believer out of everyone and with his versatile flow and crazy wordplay. Each bar is a puzzle piece that at the beginning seems no way of fitting, but by the end of the couplet it’s this crazy realization of just how vivid the picture he creates. But that’s 1st Verse. He’s always had the craziest wordplay and bars. But what’s new this time around he is clearly sending a message that he can rap with anybody, taking the same lingo of the new school “wave” rappers and turns their lingo on the side as to say this is real boss talk. Lines like, “Fuck a bag, I’m in the vault, I’m relentless”, is similar to Jay-Z talking about the then viral craze of putting money to your ear not being what “bosses” call real money. Real money you can’t hold. Real money can’t be spent on just one thing.

1st Verse once again proves his mastery of rap, but as the last verse ends it’s the last bar that means so much. It’s the intersection between knowledge and wisdom. All the things you’ve read and all the things you’ve talked about doing. When the old heads tell you, “If you gon boss up, boss up,”