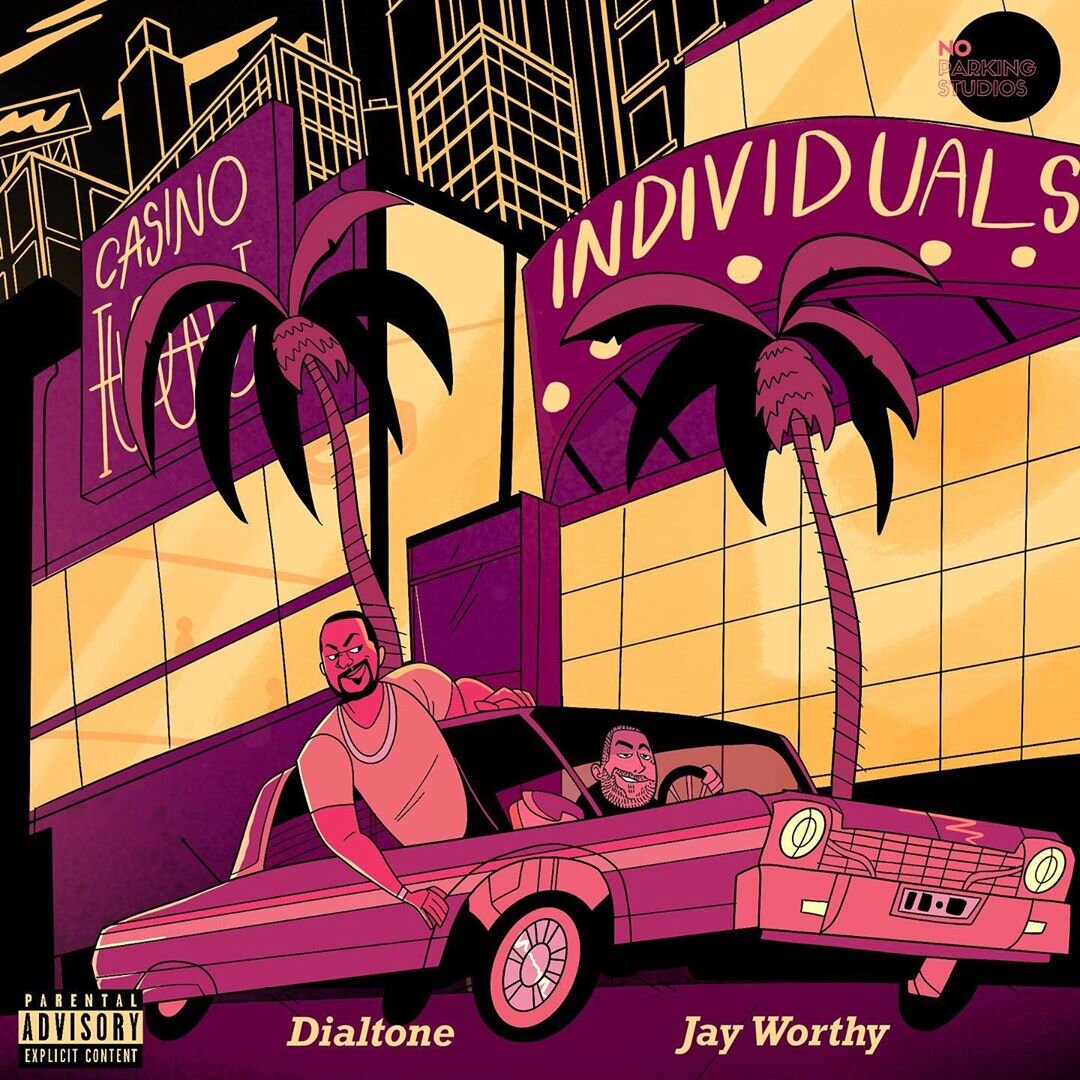 Walk to the beat of your own drum. This is what it means to be an individual. Individuals diverge from the norm and create a lane that is all their own. Being an individual means to be disruptive. It means stepping out of the long line of followers who do not question the status quo. But not individuals, they create new paths that aren’t always followed initially but eventually people begin to fall in line. Greats like Jay-Z, Nipsey Hussle, and Dr. Dre showed how being your own individual can not only change your future but the industry’s future as well. Dialtone is one individual who is looking to create his own path this time with the help of west coast artist Jay Worthy they deliver their new video “Individuals”.

DIALTONE is an artist from Tulsa, Oklahoma who has been unafraid to change lanes from the beaten path. His upcoming album “Oasis” is an ode to the West Coast sound and many are considering the new “Tulsa Sound” that was previously defined by Tulsa artists like“The Gap Band“ and from producers such as Daz Dillinger Dialtone is carrying the torch and looking to bridge the gap. With just a few months left in 2019, Dialtone is turning up the pressure and putting out the soundtrack to ride out to. To hustle to. The urgency of delivering in the last 3 months of the year is crucial .Or as he would say, “2019 is pivotal”.

Now we stack funds for the faction,
Keep the pot split like a fraction,
– Dialtone

Individuals is the second single released of Dialtone’s recently released album “Oasis”. What’s different between this album from his previous is his decision to stay with the formula that’s been working since him and producer ProducedbyPapa linked up. West Coast vibes and Tulsa flavor. This is a sound that this duo has been cultivating and refining through the years and have come up with a formula that sets them apart from their peers. The two link back up on Individuals making sure to stay true to what makes them, them.

The track starts with a lead voice that continues to fade in and out throughout the track. This voice is the north-star of the track guiding the listener on this newly unbeaten path. But this is a path for the players and just as a player would Dialtone starts of the track. He cruises through each bar as if he were lowriding down West Coast streets with no cops and no potholes.

The noticeable feature on this track is rapper Jay Worthy. Known for his chill flow and love for G-Funk production, it was only right that Jay Worthy be introduced and engulfed in what is the Tulsa sound. In the video Jay Worthy can be seen driving down the Tulsa historic street called Greenwood, home to the famous Black Wall Street. Jay Worthy brings his own individual style to the track with impressive metaphors and hard hitting lyrics. It’s his last bar that becomes the exclamation point and unforgettable quotable “It’s real life ism. It’s Worthy.”.

The production is what makes this track so great. Producer ProducedbyPapa was able to encapsulate the that Tulsa sound that has influenced an entire coast. But just when you think it’s over, engineer and producer Jimmi.Joe adds some more Tulsa flavor as a synthesized piano plays as if to let the listener know. Tulsa got something to say!

Checkout the video “Individuals” by Dialtone featuring Jay Worthy below:

To find out more about DIALTONE by following his social media below: