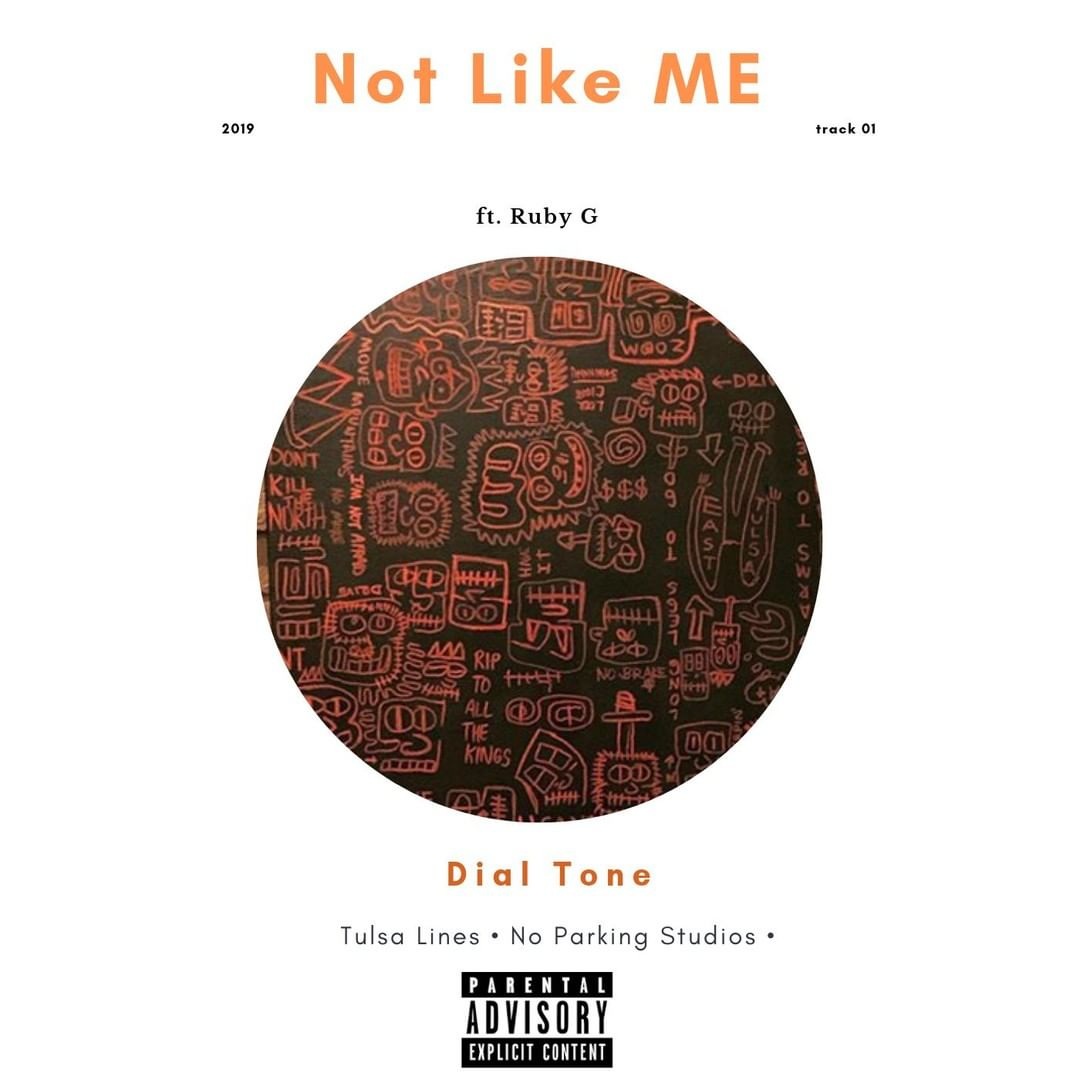 Not Like Me. Many people celebrate being different. In this generation standing out and being an individual is celebrated and often times within the same hour duplicated. From the Virgil’s to the Basquiat’s, being different is the new cool. And for anyone that has heard DIALTONE’s latest song “Not Like Me” knows that this single is the new cool. It’s individual. And it’s for anyone that is bold enough to tell “YOU NOT LIKE ME.”.

DIALTONE is an artist from Tulsa, Oklahoma who has been unafraid to change lanes from the beaten path. His recent involvement in art is a testament to just that, and has proven to be an asset and an additional outlet for him to express his creativity. His art can be seen in galleries, on merchandise, and the very album cover for the record. His art is a reflection of his reality and often hidden deep in his art are messages that are as expressive as the hidden messages in his music. This is what makes DIALTONE, DIALTONE.

The track opens with a noticeable bounce from the pounding 808 drums. It’s pulsing beat is reminiscent of the up-tempo Bay Area sound. This beat is so lively that any artist looking to hop on the beat has to be on point. This is exactly what Ruby G does. Her voice matching each cadence and punctuated on every bar. From the very start she lets you know who she is and why she’s not to be taken likely. Also striking is the clever metaphors that are sprinkled throughout her verse that is both hard hitting and unexpected. She is the perfect feature that sets the tone and the bar high.

“Yea we let you bag the cookie while we fill it in your lung,
Vodka have me talkin crazy like you will think I talk in tongues (tongues),
Yea I say my prayers daily but littl bitch I ain’t no nun,
Man all these niggas rats, they seem to always leave they crumbs,”

DIALTONE is no stranger to living up to a high bar. Throughout his career he has been known to jump on records and rap with the best of them while also getting co-signs from artists in California, Oklahoma, Texas, and New York. His strength being his ability to tell stories as well as his flow. Though unconventional, has proven that it gets him to the same finish line, that is the 16th bar. But like stated before it’s often on an untraveled path. He starts out his verse with a slick wordplay filled with similes and double entendre’s that is as braggadocios as the beat. DIALTONE is often known for being more direct with his words. And like a defensive football player, he knows sometimes it’s not a straight line that gets you to the destination the fastest. Sometimes it’s the angle. It’s this less straightforward but still direct path that takes the listener a little time to see where DIALTONE is going, but by the end you know just what angle he is getting at.

“I say read you like a candlestick ,
I lick that blitz off the candle wick,
Hollygrail flow,
Say a prayer light  them candles shit,
What I scribble can get rappers off that lame shit,
You niggas be asking me police questions,”

Checkout DIALTONE’s latest track called “Not Like Me” which features Ruby G.

To find out more about DIALTONE and Ruby G follow their social media below;