Footwerk describes themselves and their artistry as putting the cult in culture. Hailing from the United Kingdom and raised in the United States, Kyle Higginbottom, the frontman of the group originally worked with another vocalist in the D.C. area before the other vocalist called it quits on him. This decision led to the formation of the six piece band in which they began to get majority of their popularity from doing live shows in the DMV area. They were able to form as an independent group through an ad on Craigslist that is documented through their project released in 2017, title “Casual Encounters”. The band includes  Higginbottom who primarily raps, Melissa Moffett who sings and the other members produce the instrumentals. The song Glass House is influenced by the sounds of D.C. such as the go-go scene blended with a hip-hop feel and underlying jazzy riffs coming from the bassist and synthesizers. The band has often mentioned that they want to encapsulate and share the human experience via their music. This concept is very clear in the lyrics and visuals for Glass House, as the scenes in the video have BDSM themes that highlight the challenges between relationships especially when it comes to compromise and power dynamics. Lyrically, the content using expletives and the metaphor of throwing stones in a glass house helps to explore the human condition of hypocrisy which can also be heard during the beat change. Moffett’s sensual vocals contrast with Higginbottom’s staccato storytelling. Moffett also brings the soul and sultriness especially after the tempo changes. Higginbottom’s search to put together a band via Craigslist allowed him and the rest of his band members to give us a blend of various different styles and instead of listening to repetitive lyrics and the same triplet style production we have been conditioned to attach ourselves to so quickly, the audience receives a concept that is visually and lyrically stimulating.

Catch Footwerk on their first tour! Check dates in your area below: 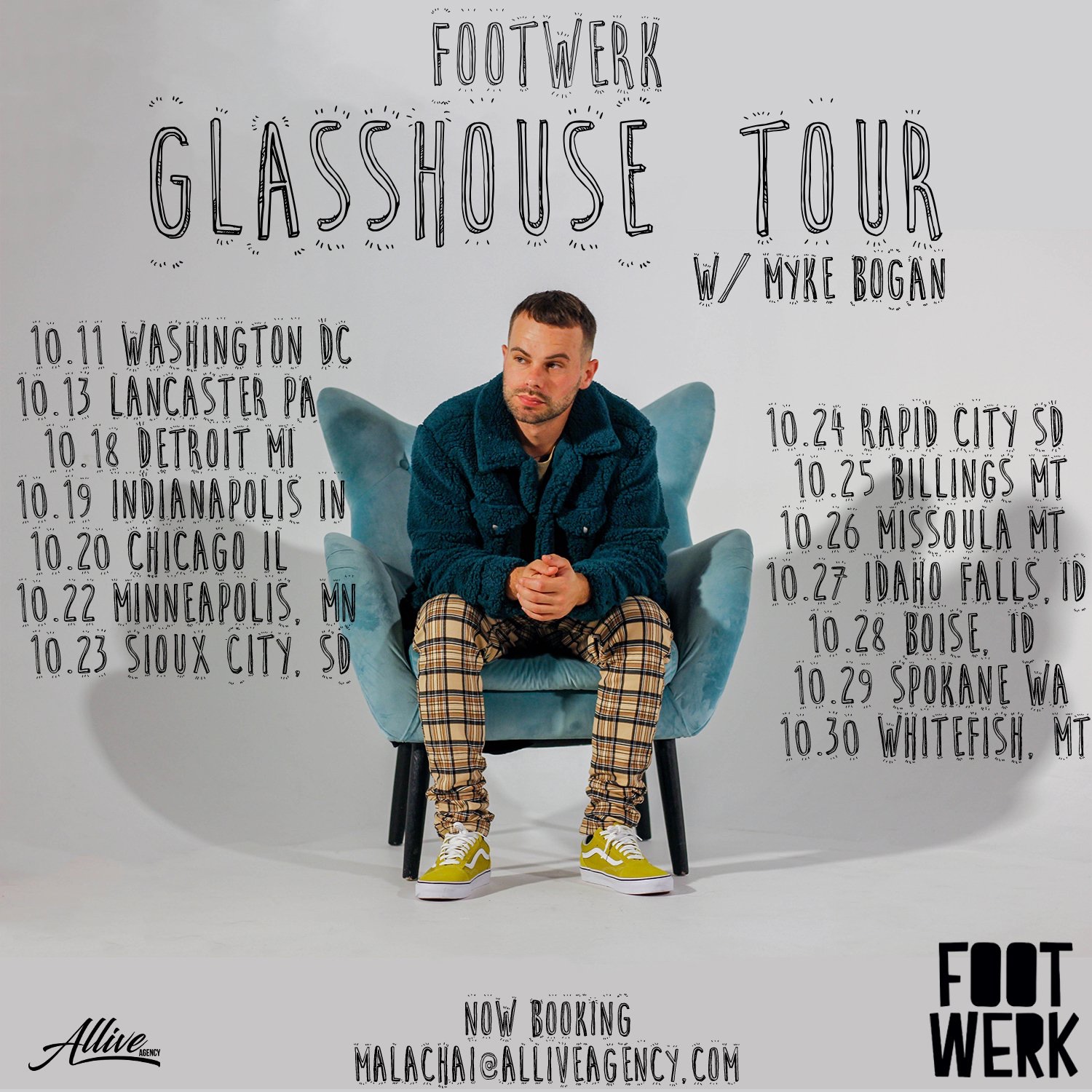