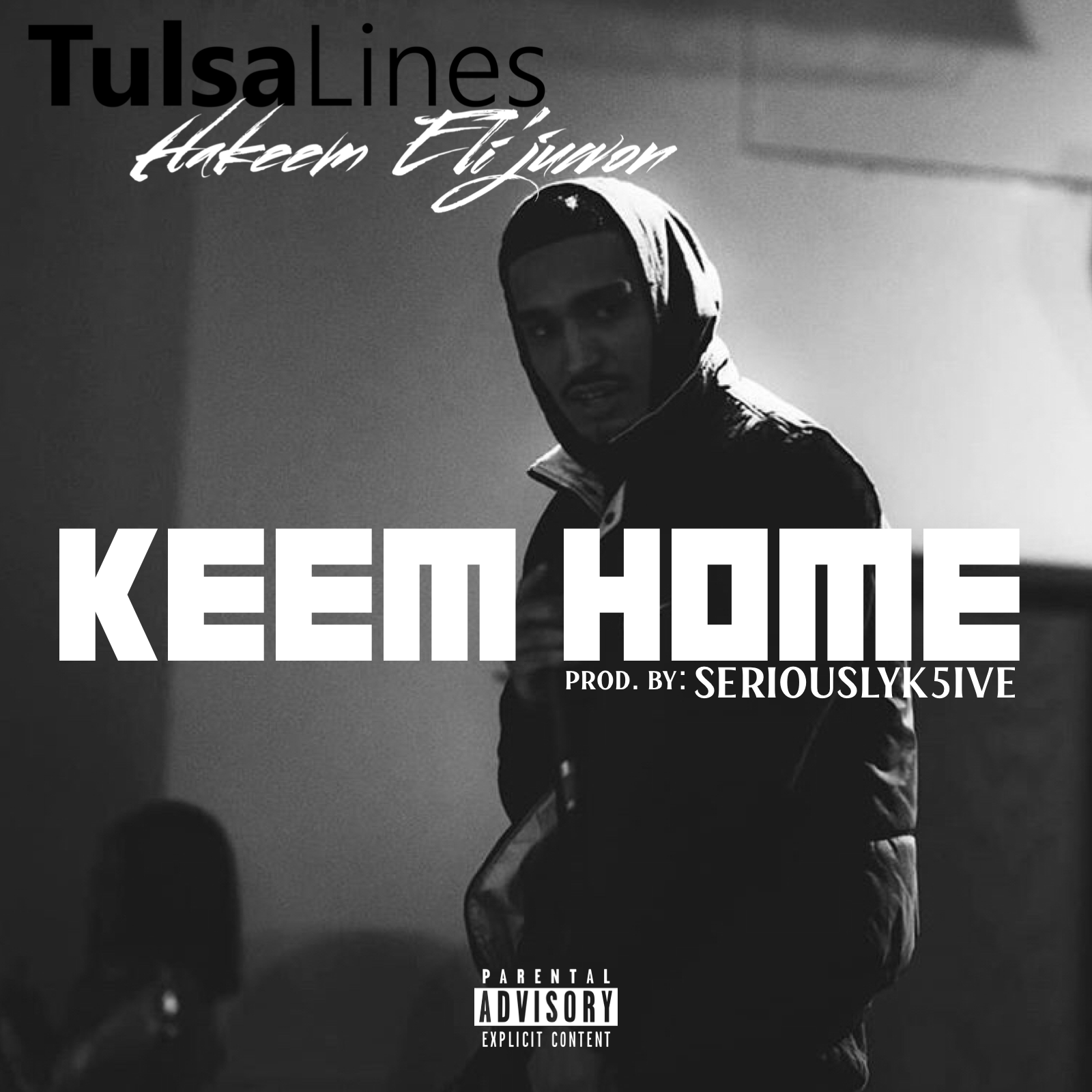 Niggas hollerin “WELCOME HOME” like I been down for 20 years!

These are the words of Hakeem Eli’juwon. Now wiser, more grounded. He now has been taking advantage of every moment. Knowing now that every second counts. Every word counts. And most of all, every song counts. With all of this being said, Hakeem Eli’juwon is on an unprecedented run that few artists have been able to maintain. But then again it’s this motivation that has lead to his latest single “Keem Home”.

Hakeem Eli’juwon is an artist from Tulsa, Oklahoma that is known for his rapping abilities and has often been called upon to sauce up tracks as a must-have feature. It’s for this reason that labels have been reaching out to this self-made boss as he has seen a steady incline in popularity. Watch out for Hakeem Eli’juwon in 2019.

It’s easy to put Hakeem Eli’juwon in the category of hustler/trap rapper. But to do this would be only be scratching the service of the skill and legacy of Hakeem Eli’juwon. His storytelling ability is as vivid as Young Jeezy, while his player-like flow is a smooth as Too Short. With every track Hakeem Eli’juwon has proven his ability to make a hit, and Keem Home is the most recent example of this. The high energy track was produced by Seriously K 5ive, a producer that has built his name and a reputation that has traveled across the world. The two are perfectly paired on this track as artist and producer that are able to provide the ingredients that is undeniably a hit. The track showcases Hakeem Eli’juwon as the narrator as he tells stories of going from rags to riches. His mentions of luxury brands like Neiman Marcus are offset by images of hefty bags and project living. This is the journey of a road that isn’t perfect. But what billionaire’s journey is? But some would say in the end it’s only about the Champagne Dreams and Caviar Wishes. But for an artist that has seen it all his drive comes from knowing he’s home.

To find out more about Hakeem Eli’juwon follow his social media: