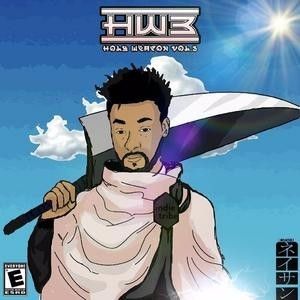 A formal introduction to Jarry Manna would be that he’s a rapper from Tulsa, Oklahoma. He has hit over a million streams on Spotify. He has created a brand named “Local Waver”. All facts. But one thing that separates him as an artist is that he is able to bring his audience into a world where  creativity is just as important as the facts. Creativity is exactly what Jarry Manna shows the world with his latest visual “The Most”.

The song has an infectious beat and displays Jarry Manna’s ability to create different sounds and melodies through the use of auto-tune. From the very first play this track sticks out as both catchy and high energy. But It’s not until the 2nd play that you fully appreciate the different vocal layering, the versatility of switching flows and cadences, and the actual message of the song.

“The Most” is the fourth track off Jarry Manna’s latest EP “HW3” (short for Holy Weapon 3), which has been well received as noted before. You remember? He has over 1 million streams. As far as the video Jarry Manna plays the hero in an animated story filled with robbers, boosters, and 3 levels of bosses just like the video games. What’s crazy about the video is that Jarry Manna is the artist who meticulously drew and brought to life every character and every scene of the video.

So did Jarry Manna draw out a hero’s tale? Sit back and watch for yourself, his video “The Most”.