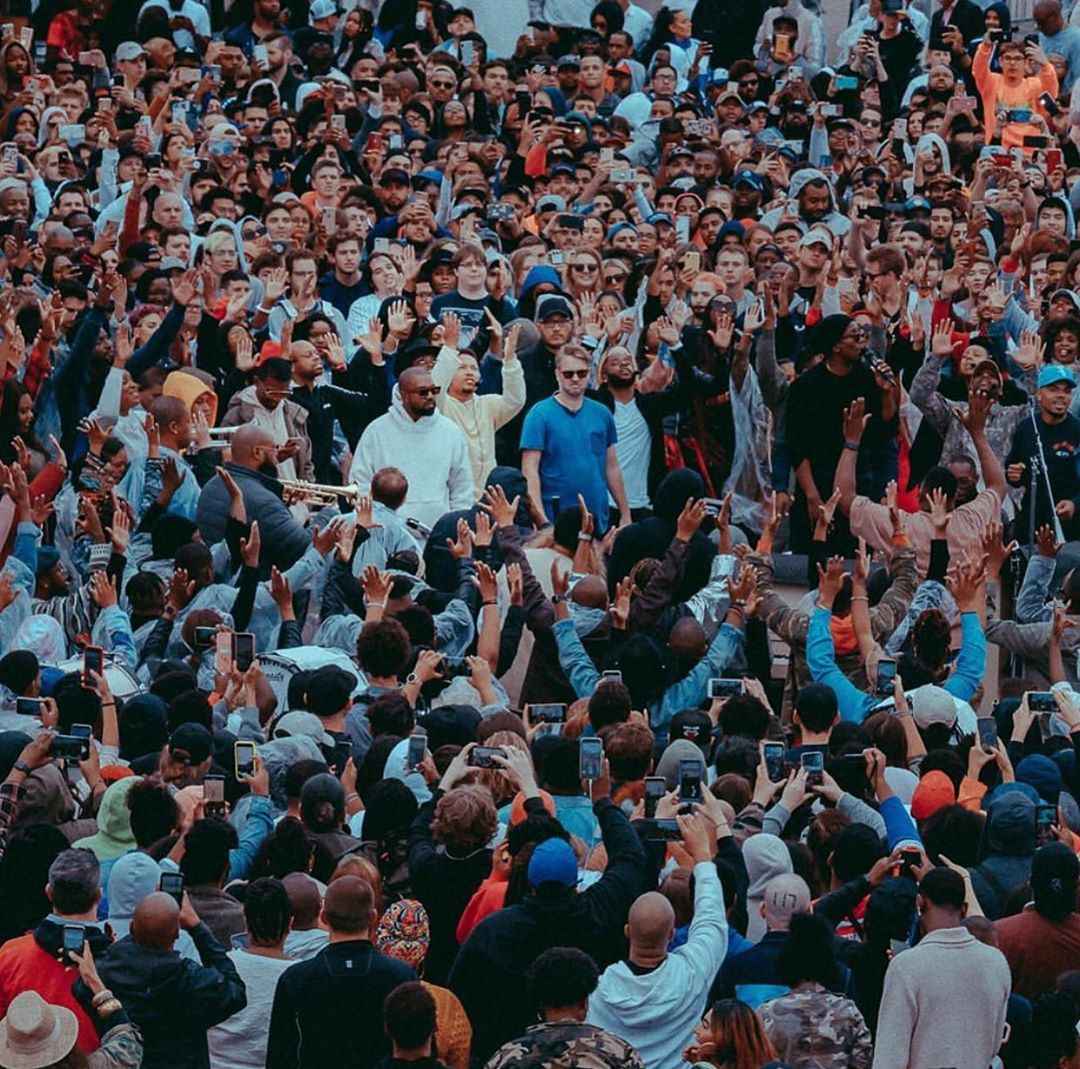 Few artists have been have been in the position that Kanye West has been. When no artist wanted to make a whole song about God on a track, Kanye West shouted it in his video “Jesus Walks”. But anyone that is a fan of his catalog knows that Kanye has always included Faith and church in his music, even taking scrutiny for making an album named Yeezus. But the ups and the downs of Kanye and his newsworthy outspokenness have left many thinking that he was been lost and somehow led astar. Most importantly that he needed God. Kanye hearing these pleas decided to start Sunday Service, of which this time he brought home to Chicago.

Sunday Service has taken on a life of it’s own. The Kanye West creation spawned from numerous secretly located concerts that were private invite-only of mostly celebs, family and close friends. But as of late it seems as Kanye West has loosened up the Pew Ropes and has allowed all to come witness this special event. Sunday being the biggest at the 30,000 capacity Huntington Bank Pavilion on Northerly Island which was a packed service of which at one point Kanye used his super powers to part the crowd to get to the stage. The reason for this concert was to promote “communicating messages of positivity and peace to Chicago’s youth” as reported by iHeartRadio. The Sunday Service was free and open to the public. Although tickets were required to get in, which sold out just as fast as they went online, some even appearing on Craigslist for upwards of $300.

Ye is not the only one performing though. he usually takes a church choir that has enough pipes to open up the gates of Heaven and make the light shine through. Many said they were a witness to Ye chasing the rain away. Ye was home. This was truly his Ultralight Beam. A beam that also radiated through fellow Chicago rapper and mentee Chance The Rapper who spit his unforgettable verse. Other songs that were performed included “Jesus Walks,” and Ye’s renditions of Snoop Dogg’s “Drop It Like It’s Hot” and a handful of gospel songs.

Many of the on goers appreciated the closeness of the concert. There were no huge stages, no impenetrable barriers, but there were security although Ye controlled the crowd even telling security “Watch This”. This was Ye’s House. And this was Sunday Service. To find out about the next Sunday Service go to his site Sunday Service.

My city. Everybody love Ye in the Chi ⚡️⚡️