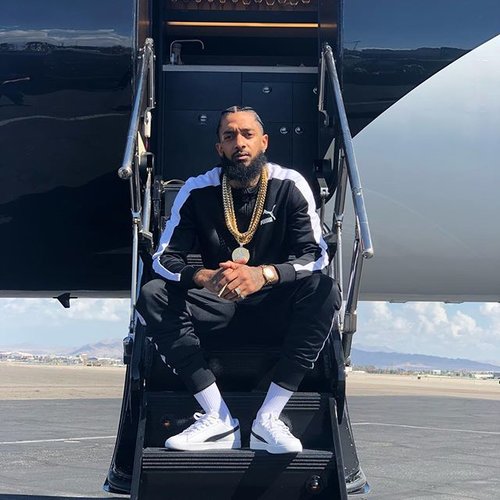 Anyone that followed Nipsey Hussle knew that his collaboration with Puma was in the works before his tragic death. The collaboration was special to Nipsey, as he would often fly out to meetings to personally oversee the project and the direction. Moments like seeing his grandmother on a Puma jet were special to him and can be heard in his “Racks In The Middle” verse. This was truly his vision that coming together before his eyes.

On Tuesday his team announced that the specially curated collection will be available for purchase on September 5th, 2019. Appearing on Nipsey Hussle’s Instagram page was the announcement of the release of the collaboration and also how much it meant to him.

PUMA announced they will be donating all of the proceeds to the newly launched Neighborhood Nip Foundation. “PUMA is proud to honor the vision and legacy of Nipsey Hussle through the new PUMA x TMC Collection,” the apparel giant added. “With the blessing of his family, we’re releasing it on Sept. 5, 2019 and 100% of the net proceeds from the sales will go to the Neighborhood “Nip” Foundation.”

See the announcement below:

Our team is proud to announce that our first collaborative capsule with Puma drops on September 5th 2019. Nipsey spearheaded this project from concept to final product over the course of last year, flying to meetings, reviewing samples, bringing in material references he liked, and most importantly ensuring that it reflected his style authentically with no compromise. Each detail from logo placement, fit, colorways, and materials was thoughtfully done. His signature style and DNA can be found in each garment that's part of this collection from the khaki suit to the tracksuit. This project is very special to our team and we're handling it with the utmost care to ensure it's delivered exactly as Nipsey envisioned it. It's a privilege for us to honor his commitment and carry out this project for people to receive a personally curated collection by Nip Hussle Tha Great.

Also announced was the plan to have future collabs and projects with Nipsey Hussle’s estate. Look out for this and more news to come.