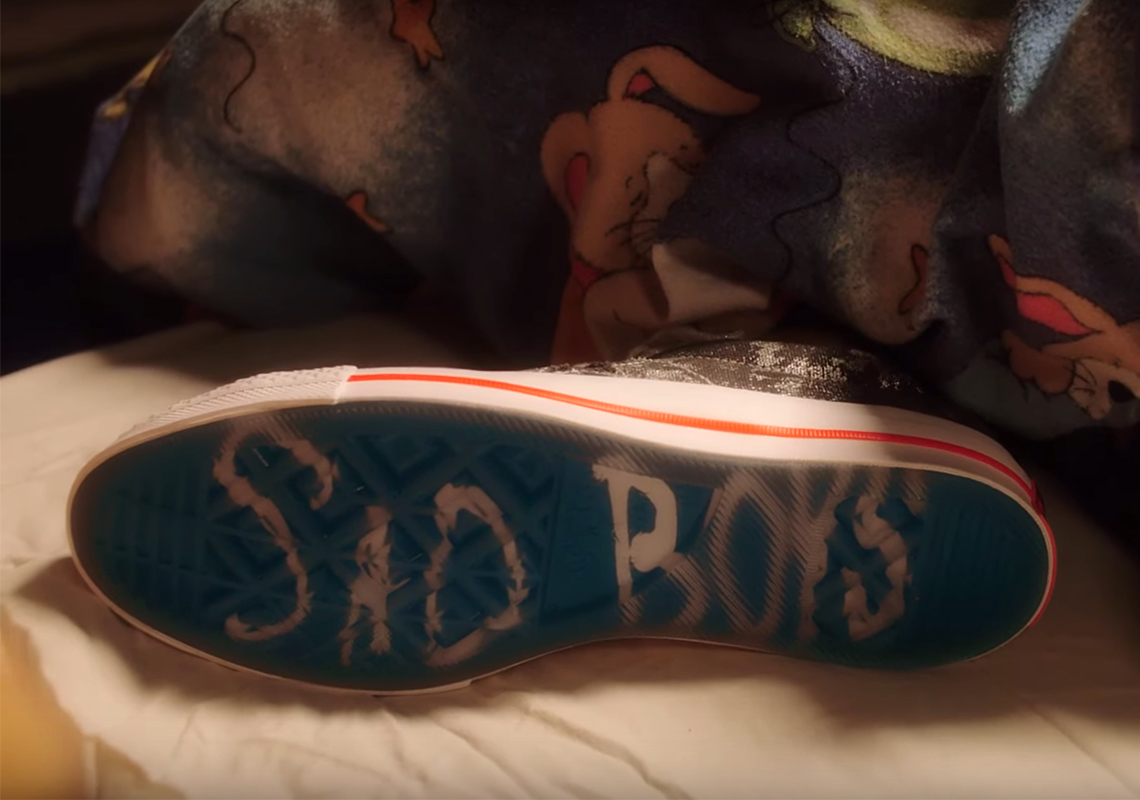 What’s better than 1? 2. This is the approach that Yung Lean of Sad Boys Gear and Converse have taken. Both being iconic fashion forward brands have collaborated on multiple releases of street wear and sneakers.

Last year the two collabed on the converse All-Star One Star that had a toxic look of slime green, heavy rubber prints, and a band of stars on the inside of the shoe. The collection also included an array of matching colorway t-shirts and hoodies which was brought to life by designer Benjamin Reichwald .

This year the two brands have teamed back up with another release but this time with designer Bladee called the “Wish” collection. The two are building on their previous toxic theme of last year with another All-Star One shoe design that features a black canvas upper with splashes of shimmery silver designing. The tongue has a silver “Wish” sketch created by Bladee. The same sketch is seen on the bottom of the outer section alongside the Sad Boys logo and is also placed on the sock liner, too.

Just like the previous year the collection will also have apparel, featuring a silver-foil printed tee and studded mini backpack. Drip not included!

The collection is set to release on August 28 on Sadboysgear.com and on August 29 on Converse.com. In the meantime checkout the collection’s recently released trailer.