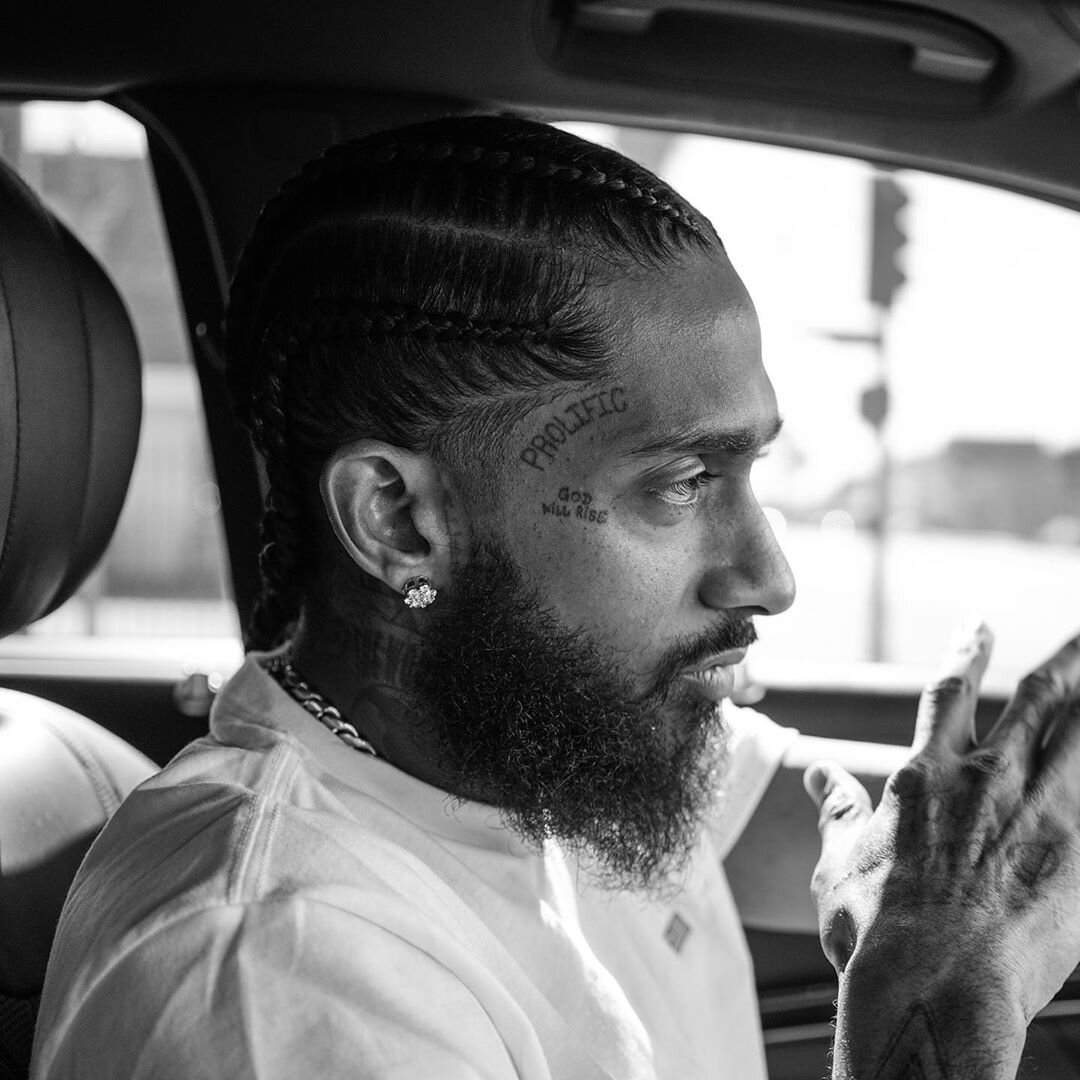 I been through every emotion with this shit.
– Nipsey Hussle

In the interview Bobby Hundreds is sitting shotgun while Nipsey is in the driver seat. They are sitting in front of Nipsey’s Marathon store parked where Nipsey is known to always have part. Right in front. Right where the people are.

4:01 At this part of the interview Nipsey talked about him being received as an a true artists with a deeper narrative that goes outside of being a member of the Rollin 60’s Crips. He spoke of telling his photographers to help change his narrative and capture the human side of him. Things you would see an everyday person doing such as being with your kids and not only the gang member throwing up his set. The human is both. Father and gang member. This is what helped tell the story of Nipsey Hussle the human.

10: 15 We all have really big dreams and want to take over the world but here Nipsey talks about when he really focused on a having tangible goal (which for him was “being an authentic representation of the area” ) that he really started seeing progress.

17:54 ”The highest human act is to inspire.” This is one of the most quoted lines from Nipsey Hussle. He continues to build on this statement by saying, “we have to find ways to stay inspired. Go out of town to a studio. listen to other music, do collaborative songs with people to be inspired. We have to fight to stay inspired..

19:58 Anyone familiar with Nipsey’s movement knows that the word “Marathon” is engraved in it’s values and vision. Nipsey paints a vivid picture of a marathon runner who perseveres and after that is rewarded with the respect of finishing. “And they gonna respect that you finished your marathon”. Another thought that Nipsey has been famous for is persevering. He touches on this more using some of the same words that sense went viral. “I been through every emotion with this shit.” But as he says once you come persevere you become a testimony for people who are going through the same thing. For the next generation For legacy.

21:41 It’s here that Nipsey asks another deep question. “What’s the reward for all this stress? It’s that you pushed the boundary further for the next creative to come thru, and he can reference you now.” That’s the reward of a marathon.

Looking back at this article there is one common theme. The path to success isn’t paved with gold. Meaning that there is no secret sauce. There is no secret formula to success. Anyone who is familiar with Nipsey Hussle’s interviews know that there are certain quotes, certain words that reappear. It’s not the exciting new technology or the announcement of some crazy elaborate plan. It’s the same words that have always been in your face. it’s not glamorous. it’s consistency and perseverance. Nipsey says it’s a MARATHON. The difference is that he just didn’t quit.

Listen to the podcast on Spotify below: