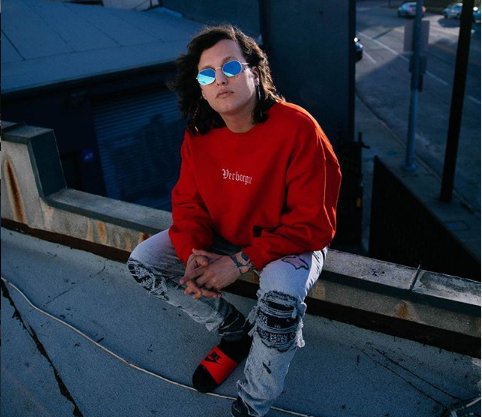 Going up in a small town with big city dreams. This is the story that’s not only told, but lived by people everyday. It’s easy to get wrapped up in a dream when your young. But as we get older that dream seams further and further from becoming reality. But for a rapper named Clever from Gadsden, Alabama, his dream was always going to be his reality.

Clever whose name is Joshua Tyler Huie, started out in a small town with a dream of being on the stage. He discovered his talent for writing as a middle-schooler at General Forrest, starting out just writing poetry as a 12-year-old. The whole time not knowing that he was honing his skills for what ultimately would become the “big stage”.

When Clever finally decided to get into music, it was his love for hip-hop that inspired him the most. Luckily for him his hometown of Gadsden, Alabama had a thriving hip-hop scene. And most importantly a stage to spotlight his talents as a battle rapper for Nick Nice’s “Spittin’ Ice” on radio station WQEN 103.7. It was competitions like this that helped him become the artist he wanted to be. It was also at one of the competitions at The Elk’s Lounge that would help give him his identity. And also his rap name. In a battle he spit the line “You can call me Clever, because I won’t see an `L,′ ever.” And just like that Clever was born. He would go onto take this freestyle talents to New York where he battled on BET’s 106 & Park in 2006 at 21 years old to compete on the show’s “Freestyle Fridays” segment. And he WON!

It was the highs of being seen on national television that would prove that Clever was well on his way. This is also when the record labels started calling. But to Clever the deals were not right, and he preferred to remain independent. But he still was on the Big Stage and opened for big names like Ludacris, Young Jeezy, Mannie Fresh, The Ying Yang Twins, and Pastor Troy. And as an independent artist he learned to think outside of the box like with his performances at Magic City that did nothing but help grow his fanbase.

Clever’s value has continued to grow as he became known for his melodic voice and his pen for churning out hit chorus. This has helped him collaborate with some high profile artists throughout his career. One notable feature is on 2014’s “Payday,” a song by Snoop Dogg’s Tha Eastsidaz group that appeared on their mixtape That’s My Work 4. More recent collaborations include his feature on G Herbo’s song “All In” which has been viewed over 4 million times on YouTube where again his voice was one of the high points of the song. Also his song with NLE Choppa & Clever “Stick By My Side” has over 13 million views. Another big feature was Juice WRLD’s album, Death Race For Love,. The track “Ring Ring” is the 13th track on the album where he sings on the 2nd verse about not wanting to be bothered, “

Can’t you see that I am high on drugs?
And low on the sleep
I just wanna go somewhere and count my sheep

But what about his music? With all of this success you would think his page would be filled with songs and links to his album. But it’s not. This is where his lead single “Loyalty” comes in. “Loyalty” is Clever’s fresh start. Literally. Just before the song was released he wiped all of the old music from streaming platforms. One song that did survive was “When Only You Will Do,” a track he released with frequent collaborator CallmeDroc.On July 27, 2019, the video was reposted to the official WORLDSTARHIPHOP YouTube channel. This was a strategic move for his upcoming album BLEEDING.

Make sure you follow Clever on his social media: